RSIG has been supporting professional repossessors for over 3 decades. In evaluating the needs of the industry and understanding the industry from both a repossessor’s and insurance provider’s point of view, we are able to meet those needs and offer exceptional product and services that are un-matched.

RSIG is also the most respected and recognized group of repossessors in the industry today. We earn that respect by maintaining a positive professional reputation with lenders nationwide and by fulfilling the needs of the industry. 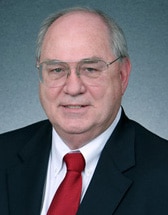 Ed completed his studies of Computer Science at American University in 1970. He has been affiliated with the repossession industry over 32 years as a recovery agency owner and through his affiliations with IG., Inc and Recovery Specialist Insurance Group (RSIG). Before his entry into the industry, he worked in law enforcement and insurance investigations. His experience in the insurance field in addition to his 30+ years as the owner of a repossession agency and management of multiple repossession related businesses has given him the expertise required of his current position as Chief Executive Officer of IG., Inc./RSIG. In addition to his duties with IG., Inc./RSIG. He is also the founder and President of the Recovery Agents Benefit Fund (RABF), a Non-Profit corporation established to assist members of the recovery industry who have been seriously injured or killed while employed in the industry. For over 20 year’s Ed has endeavored to educate and professionalize the industry. Being a co-founder of IG, Ed ‘s main and continued goals are to strengthen the image of the recovery industry, while maintaining IG/RSIG’s position as a leader in the industry. To further this effort, Ed recently spearheaded the computerization of RSIG’s training and certification course, for the repossession industry by making it available on-line 24/7 and more easily accessible to the industry. 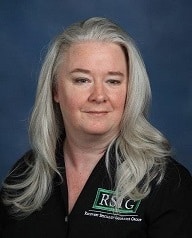 Dana joined IG., Inc. in January of 1997. She has her Bachelor of Science degree from George Mason University in Business Management. Before coming to work for IG., Inc., Dana was employed at a local law firm as an Account Analyst and Assistant Treasurer. Her duties at IG., Inc. include processing claims that meet deductible criteria, working closely claims representatives. Dana is a licensed property and casualty insurance agent and assists the General Manager with the daily operations and management of IG., Inc, as well as publishing the IG., Inc./RSIG Newsletter, directory, event planning and advertising. 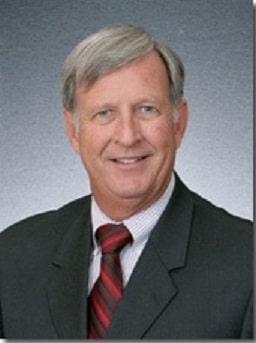 Leon began his career in the financial and repossession industries in July 1972 working for a California Industrial Loan and Thrift, The Morris Plan Company of California.  From 1972 till 1981 Leon was a branch manager, approved loans, including a large portfolio of dealer derived auto loans, as well as performing “self-help repossession” on any delinquent loans and personally excelled in “in person collection” efforts. It was this in house repossession experience that led Leon to pursue a full time career in the repossession industry beginning as a part time field agent for Affiliated Recovery Service in 1975 and then full time in 1981. In 1988 Leon opened his own repossession company, Leon’s Quality Adjusters, Inc. in Fresno, CA. In 1998 he opened a second office, Kern County Recovery, in Bakersfield, CA.Leon sold his repossession companies in September of 2015 but still maintains his Qualified Manager’s Certificate with the State of California and works part time as a field agent in Utah for a licensed Repossession agency in Nevada.  Leon served eleven years on the board of The California Association of Licensed Repossessors, Inc. (CALR) including two terms as the Association’s President. Leon has previously served on the Board of Directors for RSIG from 2003 until the sale of his business in 2015 and joined RSIG as an employee in March of 2019. 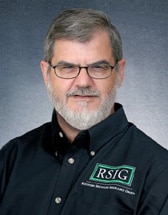 Michael Howk, JD – is the Risk Manager and Director of Education for RSIG. Mike has spent nearly 25 years in the repossession business and is a recognized national expert in repossession law. Mike served four years in military intelligence before graduating from the University of New York at Binghamton School of Management with a B.S. in 1977. In 1980 he graduated from Nova University in Florida with a Juris Doctorate. He has been a member of the Florida State Bar since 1980.

He frequently serves as the keynote speaker to associations and groups of clients across the United States to further educate the industry on risk reduction and liability avoidance in repossession and collateral recovery. He has assisted in the development of extensive educational programs and teaches certification courses for recovery specialists nationwide. 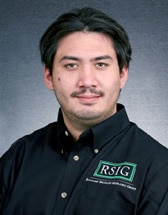 Chris has been with RSIG on a full-time basis since December 2001. He currently works as the Claims Administrator for RSIG. In this capacity he is the liaison between the members and the insurance company; assisting daily in gathering information necessary to process claims. He also works with claimants directly, handling losses that are below the policy deductibles. Chris is certified in the STARS estimatic program and has taken other classes in Automotive Estimatics and Small Loss Estimatics. Chris has also taken the courses needed to become a licensed insurance agent. 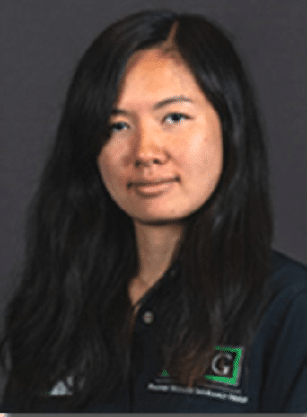 Annie has been with RSIG since September of 2017. She graduated from University of the Sciences in Philadelphia with a Bachelor of Science degree in Humanities and Science. She has a diverse and well-rounded background from the healthcare field to customer service field. She is very detail-oriented, proactive, and organized. Annie enjoys spending time in nature, painting, and drawing. She processes member’s monthly reports at RSIG. This includes researching accounts, processing payments, and other duties to ensure that the reports are clear and accurate should they be needed in the event of a claim. She is also responsible for generating the group’s monthly report to the insurance carrier which is vital in maintaining the positive relationship we have with the carrier. She is looking forward to a long relationship with RSIG and its members. 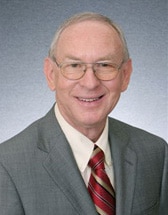 Bud Wilkins established Omni Recovery Service in Birmingham, AL, in June 1989. He became a member of Recovery Specialist Insurance Group in June 1992 and has been on the Board of Directors since December 1995. Bud has served on the Membership and Financial Controls Committees and is dedicated to the continuing education and professionalism of the repossession industry. Bud graduated from Harlem High School, Harlem, GA and attended Augusta College in Augusta, GA. His background includes serving four years in the US Air Force, over fifteen years experience in the finance and mortgage banking fields and is a past member of the Rotary Club. 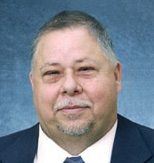 David Galbaldon started his repossession business in Albany, GA in 1983. He became a member of RSIG in September 2000. He previously served as vice-president of the Georgia Association of Recovery Agents. David has been married for 25 years and has 4 children. David has lived in many countries including Europe and South America and is fluent in Spanish. As an owner and operator of a repossession company, David feels that the education of everyone connected to this industry is essential for it’s survival. David has attended and passed two certification training courses presented by RSIG along with all of his drivers. As an RSIG board member he will give his very best to help and support and hopefully better RSIG and the entire recovery industry. David feels extremely honored to have been chosen as a board member of such a respectable organization such as RSIG. 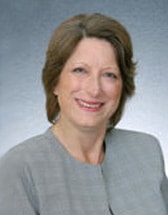 The RSIG Board of Directors is pleased to introduce Ms. Lisa Hird of Lone Star Recovery & Adjusters Inc. in Manchaca (Austin-area), Texas.Lisa was married to prior RSIG Director, Dave Hird who passed away in November 2006. Dave served the RSIG Membership and on the Board from 1998 until 2006. Always a strong supporter and advocate of RSIG in the state of Texas, Lisa has always expressed an interest in serving on the Board and accepted the nomination and appointment after the recent meeting of the Board of Directors where a replacement director was chosen for the vacancy left when Keith Pettit closed the repossession part of his business.Lisa is anxious to help and serve the membership in any way and to help the Board continue with RSIG’s vision of professionalism and growth. We welcome her positive attitude, professionalism, experience and love for this industry to the Board. 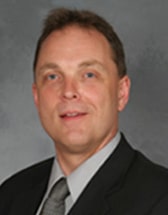 Keith Burger earned a Bachelor of Arts in Public Relations from American International College in Springfield, MA 1984. Served two years in CT Army National Guard, 1984 to 1986. Keith repossessed his first vehicle in 1984 as an employee of Hawk Inc., Norwich, CT, simultaneously working with American Lenders of Hartford, CT. He founded Auto Lock Unlimited Inc. 1986, sold Auto Lock to his then partner and founded a Massachusetts based repossession agency, Recovery Zone Inc. in January 2005. Keith became a member of RSIG in early 1996 and shortly thereafter experienced one of the biggest physical damage/lot claims seen (thus far) in the industry with a fire that destroyed 136 bank owned vehicles. It was his firsthand experience that solidified Keith’s belief in RSIG and everything the group stands for. Keith is a strong supporter of educating this industry at all levels. By working together with the financial intuitions, their customers, and the auctions, in a professional manner, he believes the processes of repossession and remarketing can be made as professional as everyone knows and expects it should be. Keith has been member of Somers, CT fire department since 2006. He has served as the Past Chairman of the Fire Commission, is the Current President of the Fire Association and Current Vice Chairman of the [Fire Association] Board of Directors. He is also an active member of Somers Rotary currently holding the position of President elect. 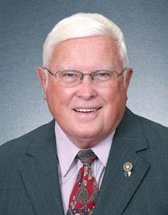 John Ace Carter started his repossession business, Oregon Adjusters, in May of 1953. Ace is a resident graduate of the US Army Command and General Staff College, Ft. Leavenworth, KS and had an avocational military career from 1950 to 1983. He is a charter member of the American Recovery Association and a member of the California Association of Licensed Repossessors. Ace has been a Board member of IG., Inc. and its predecessors since June of 1989. Ace currently serves as Chairman of IG., Inc. and has served on the Financial Control Committee as well as the Membership and Budget Committees.